What is carb cycling?

In the most basic format, carb cycling is a planned alteration of carbohydrate intake in order to prevent a fat loss plateau and maintain metabolism along with workout performance.

Carb cycling is considered an aggressive and high level nutrition strategy. Only people (such as physique athletes) whose nutritional adherence is extremely high, and who require a more meticulous nutritional approach, should use it. Carb cycling is designed for short-term use. It is not a long-term solution for body fat management. In fact, if used for too long it may be downright unfavourable.

Why would carb cycling be important?

It’s important to distinguish between the immediate (short term) and chronic (long term) effects of carbohydrate and calorie restriction. Although the body handles short-term deprivation relatively well, a strict nutritional regimen of low calories or low carbohydrates can be hard on the body over the long haul. Missing a meal here or there, or dropping carbohydrates very low, isn’t disastrous when it’s occasional and brief.

Some evidence even suggests that brief and relatively infrequent periods of fasting and/or carbohydrate restriction may actually be advantageous for both health and body composition. For example, a recent study in the American Journal of Cardiology (Horne et al 2008) noted that occasional and short bouts of fasting (e.g. 24 hours) improved markers of cardiovascular disease.

However, restricting calories and/or carbohydrates for longer periods (as in the case of physique athletes, who may diet for months before a competition) can have negative metabolic effects. Because endocrine systems are interconnected (for instance, the hypothalamic-pituitary-adrenal [HPA] axis, which is the body’s Mission Control for hormones), these effects can be wide-reaching.

Not only can this have consequences for overall health, it can bring body composition gains to a standstill.

So, if you can’t just “out-diet” your body’s control center, what are you to do? This is where carb cycling comes in.

If eaters plan a higher carbohydrate intake at regular intervals, their bodies won’t ever get too close to starvation mode. However, they can still lose fat if they still take in fewer total calories than they expend — i.e., if the overall long term trend is towards negative energy balance. Higher carbohydrate intake days can increase thyroid output and control hunger (Douyon 2002; Friedl 2000; de Rosa 1983). 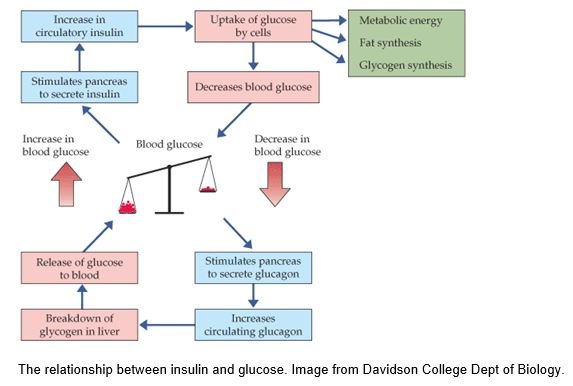 What you should know

There are different methods of carb cycling. However, the common theme behind them is that protein and fat intake stay relatively constant while carbohydrate intake is manipulated. Carb cycling also typically involves calorie cycling. Since carbohydrates have 4 calories per gram, adjusting carbohydrate intake while keeping fat and protein more or less the same can greatly alter calorie intake.

Days where carbohydrates (and usually calories) are increased are often known as “re-feed” days. Dr. Berardi gives a nice definition of re-feed as a planned increase in calorie intake that lasts 8 – 12 hours and usually consists of a large increase in carbohydrates. Re-feeds usually occur when dieting and are scheduled in order to provide a brief day of psychological relief as well as a number of physiological benefits. An example of a re-feed is following a strict diet of 1500kcal 5 days per week and consuming 2500kcal of clean bodybuilding foods (the additional kcal coming mostly from carbohydrates) on the other 2 days.

Since carbohydrate intake will be increased on the re-feed days, it is important to scale back the fat and protein intake slightly. Carbohydrates have a protein sparing effect so less dietary protein is required. This will allow for one’s calorie count to remain in check.

This consists of structuring different menus with moderate carbohydrate intake at strategic intervals during a lower carb intake phase. This approach steers away from an extremely high carbohydrate intake because the menu changes regularly. But it does allow for metabolism to play catch-up with dietary intake.

Those interested in gaining muscle mass need a calorie surplus. Unfortunately, if they grossly over-consume calories for too long they’ll probably gain bodyfat. Thus, one way to optimize muscle gain over fat gain during a muscle gaining phase is with carb cycling. This is similar to the “strategic carb cycling” approach. Menus are planned according to your weekly schedule in order to create a temporary calorie surplus. This can assist with lean mass and strength gains.

Here’s how a sample week of carb cycling might look.

Carb cycling may help control leptin and ghrelin levels. These are appetite and fat homeostatic hormones — in other words, they are sensitive to body composition and food intake; their job is to try to make sure we eat enough and have enough body fat.

With a lower carbohydrate intake, fiber intake will also be lower. Make sure to consume high-fiber foods and supplements and drink plenty of water to prevent constipation.

Metabolic “up-regulation” doesn’t always scale directly with intake and too much re-feeding can result in body fat gains (Dulloo, Samec 2001). So don’t use carb cycling as an excuse to pig out.

Here’s additional reading on this topic:

Getting Unshredded (PDF) (Transitioning off the GS plan)